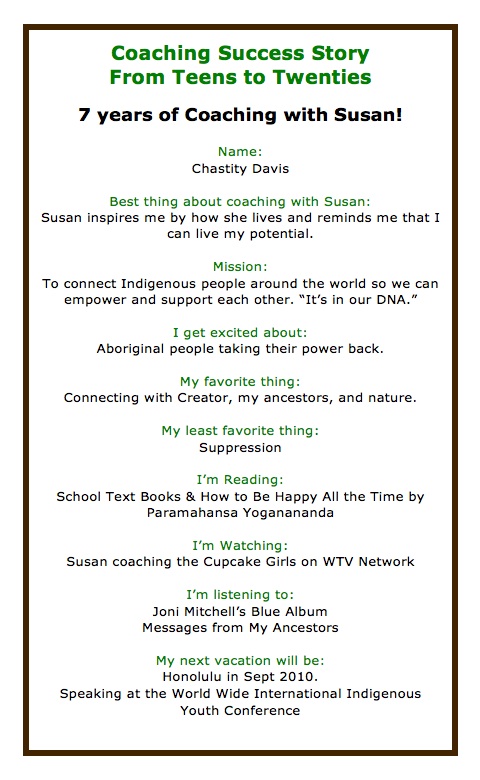 Chastity Davis is a mixed heritage woman and descendant of European and First Nations blood. Chastity is a proud member of the Tla’amin Nation, located in Powell River just off the beautiful Sunshine Coast, BC. She resonates and feels very close to her First Nations roots. Chastity feels very blessed and honored to be a living part of her ancestors. She strives to keep her sacred First Nations culture, traditions, and values incorporated into her modern-day life and is constantly seeking to learn more about her ancestors and how they used to live. Chastity feels that having a strong understanding of who she is and where she comes from has helped her build a strong foundation that will continue to support her through her life journey.

Chastity feels that her life purpose is to contribute to the nation-wide healing of First Nations people. She also has a vision to connect all Indigenous People around the world . Chastity feels that there is strength and wisdom in numbers. Many Indigenous People world-wide have similar histories and similar symptoms from the past – Chastity feels like there is an opportunity to learn and share cultural knowledge and medicines to overcome adversity. To ensure that she fulfills her life purpose, Chastity is an active volunteer in the Aboriginal community in Vancouver, BC.

Chastity is honored to have the opportunity to work closely with The Minerva Foundation for BC Women and be directly involved with the Learning To Lead – Combining Our Strength (L2L –COS) Program for the past 3 years. Chastity is in her second year as Co-chair of the Organizing Committee & Co-chair of the Curriculum Committee. Chastity is also a L2L-COS Council member. The council oversees and contributes to the program at a strategic, future oriented level. Chastity contributes her passion and expertise in leadership and coaching to the COS program. Chastity was asked by the Minerva Foundation for BC Women’s Board Members to represent them in the Winter Olympic Torch Relay on February 12, 2010 in downtown Vancouver. 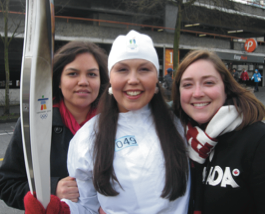 (HOSW) conference in Honolulu, Hawaii in September 2010. HOSW is an international conference that brings together Indigenous people from all different parts of the world together for a week-long healing journey.

In addition to her volunteer work with the Minerva Foundation, Chastity has been actively involved with a group of like-minded women in setting up the BC Aboriginal Women’s Leadership Association (BCAWLA). They have been working hard to incorporate the association and work together to create an all inclusive association for BC Aboriginal women’s voice to be heard on the provincial and national stages. The association is in its infant stages and has the potential to contribute to the Aboriginal Women movement! Chastity was recently elected Vice-President of the BCAWLA.

Chastity works in the Aboriginal Sector, Key Account Management Department at BC Hydro. She enjoys her job at BC Hydro because it enables her to meet and work closely with First Nation people from all different parts of the province. Chastity has had the privilege of being invited on to the traditional territory of several First Nation communities. Each community and nation is unique and she learns so much from each community that she visits. Chastity talks to First Nation communities about Power Smart and energy efficiency but she feels her role is in service of a bigger picture – to build bridges between Aboriginal and non-Aboriginal people. 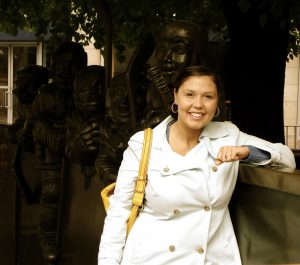 Before her career at BC Hydro, Chastity worked at The Refinery Leadership Partners Inc, a Leadership Development consulting company that initiates and facilitates positive transformation in the lives of people who work inside large organizations. The Refinery develops customized and highly specialized Leadership Development Programs for organizations that are really ready for constructive change. The Refinery was a special time and place for Chastity, as it enabled and empowered her to step into her true-self.

Chastity is currently enrolled at Royal Roads University and is working towards her Bachelor of Arts in Professional Communication. She feels that gaining expertise in the area of communication will help her to become an expert in cross-cultural communication between Canada’s Aboriginal and non-Aboriginal population. Chastity graduated from the Marketing Management & Professional Sales Diploma Program at BCIT in 2004. She has also completed the core coaching program and received a certificate from The Coaches Training Institute in Professional & Personal Development Coaching. Chastity has completed a Certificate in Project Management Fundamentals from Vancouver Community College.

In addition to her formal post-secondary education, Chastity has attended many self-development workshops over the past 9 years and has worked closely with her Life Coach for 7 years. She is a certified Theta-healer and has completed a Kriya Yoga course through the Art of Living Foundation. All which have contributed positively to Chastity’s life journey.

You can find out more about chastity at www.chastitydavis.com